Looks like Ol' Myrt will be one busy gal this coming week! Luckily she's got +Cousin Russ to help her with these Hangouts on Air. You may VIEW and COMMENT on all events here: http://bit.ly/MyrtsNext Mondays with Myrt - 2 Feb 2015 beginning at Noon Eastern US (New York) time. What's trending in the world of genealogy. 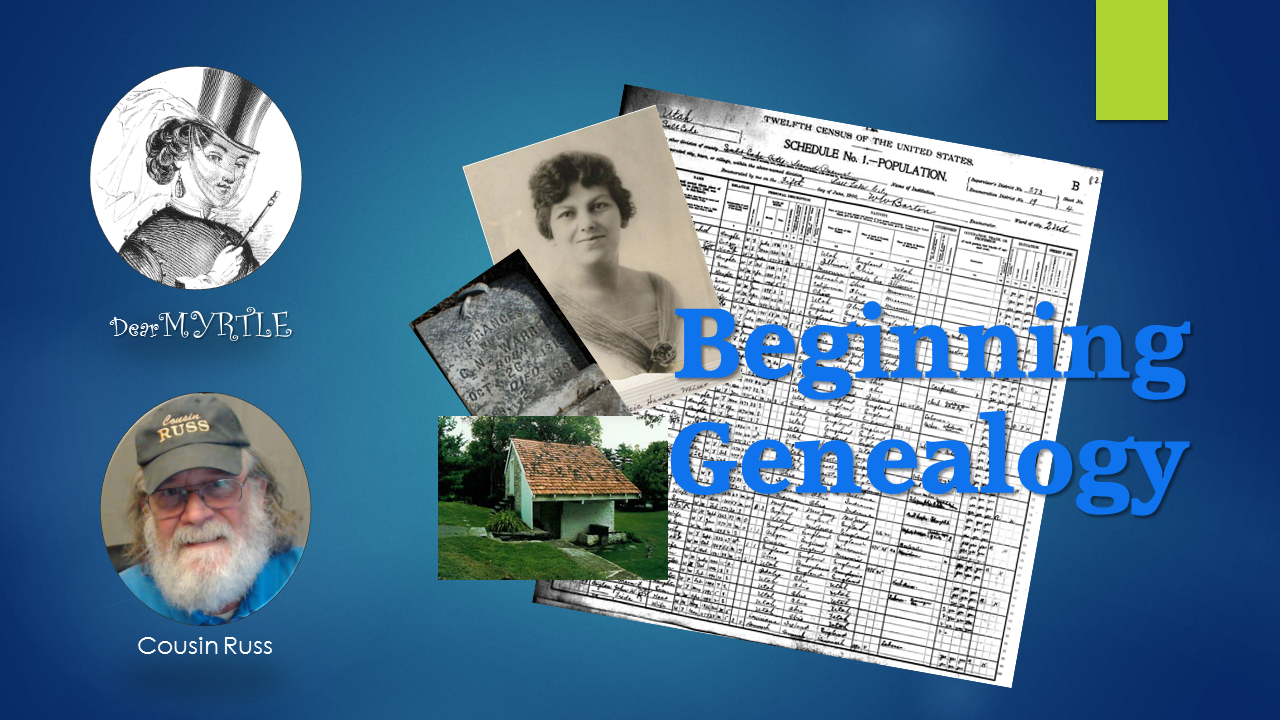 Beginning Genealogy Study Group - Wednesday, 4 Feb 2015 beginning at Noon Eastern US (New York) time. It's not to late. You can catch the earlier sessions with all comments and links discussed by going to http://bit.ly/MyrtsPrevious. 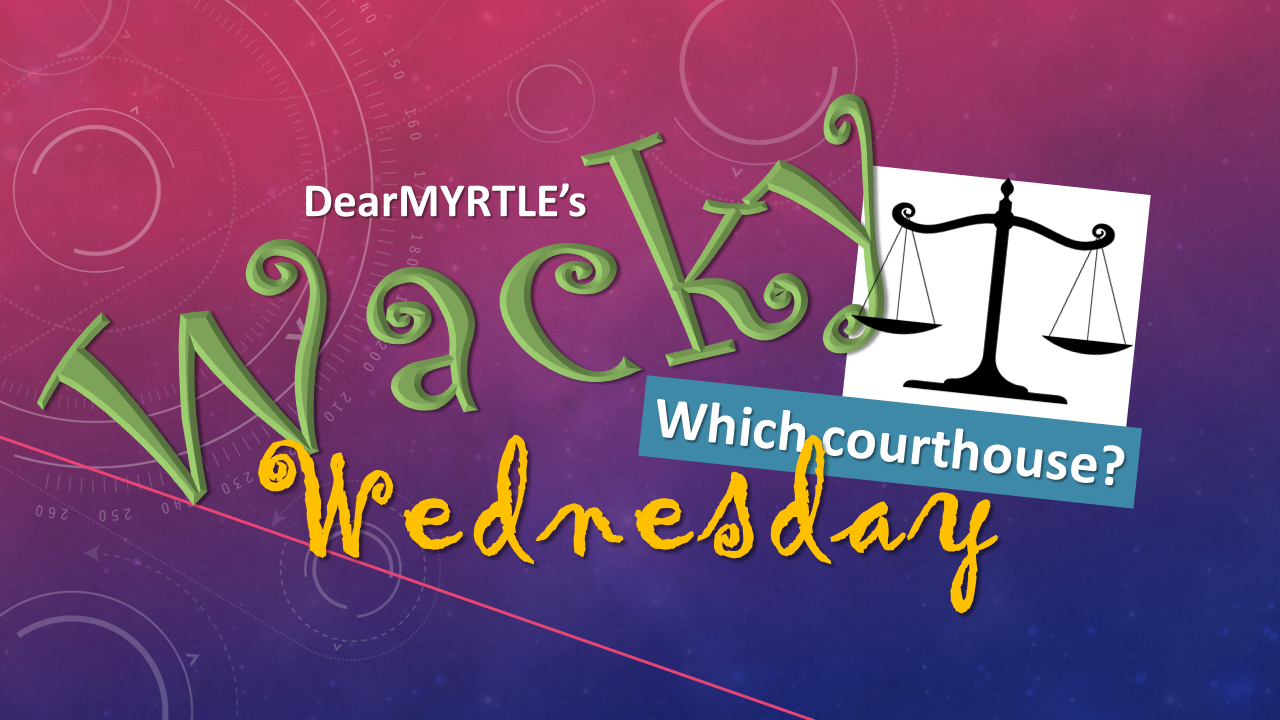 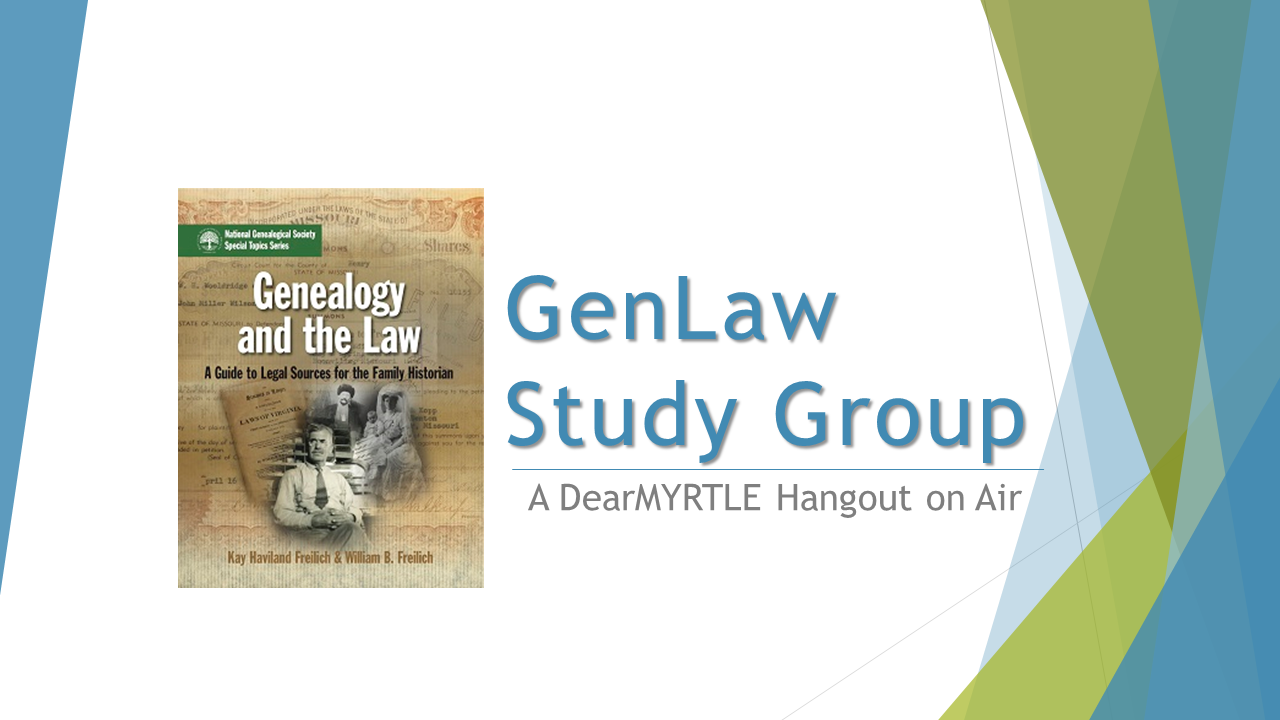 DearMYRTLE's GenLaw Study Group - Friday, 6 Feb 2015 beginning at Noon Eastern (New York) time. You can catch the earlier sessions with all comments and links discussed by going to http://bit.ly/MyrtsPrevious. 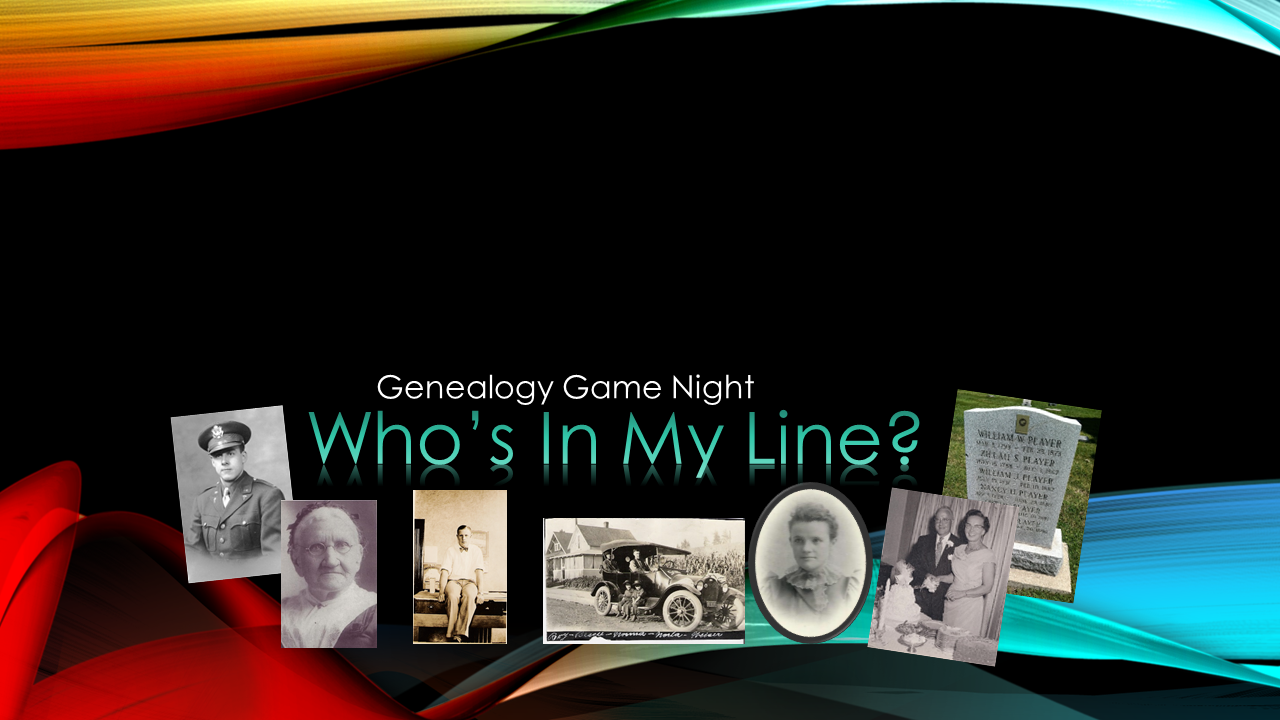 Genealogy Game Night - Saturday, 7 Feb 2015 beginning at 9pm Eastern (New York) time. This is our relaxed, get to know how to use hangouts playground where we play Russ' concoction Who's In My Line? Come on over to spotlight an ancestor by trying to stump the panel about his/her occupation, history, place of residence or some other distinguishing facet of life. The ancestor doesn't need to be famous. It's fun to think of our ancestors in a different light. It's not just about his name or birth date.

HOW DOES THIS WORK?
DearMYRTLE uses the Google+ Hangouts on Air webinar platform that provides for 10 video panelists, and a community of VIEWers who may COMMENT without having to appear on the panel. So yes, you need speakers so you can hear what's being said, just like any other online streaming event. You don't need the webcam or headset microphone unless you wish to appear on the panel.

If you miss the live session, you can always VIEW and COMMENT the archived video after over in DearMYRTLE's Genealogy Community on Google+ located here: http:/bit.ly/MyrtsPrevious.

+Cousin Russ and DearMYRTLE look forward to seeing and hearing from you this week!

Posted by DearMYRTLE at 5:55 PM

Email ThisBlogThis!Share to TwitterShare to FacebookShare to Pinterest
Labels: #dearmyrtle, Hangouts on Air