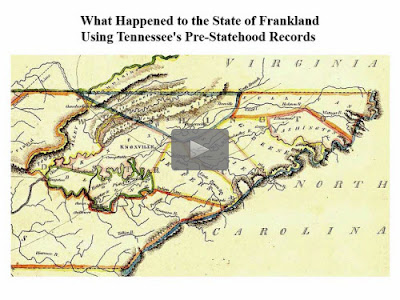 Legacy QuickGuide: Tennessee Genealogy 2.95
Looking to find those elusive Volunteer State ancestors? The Tennessee Genealogy Legacy QuickGuide™ contains useful information including a timeline of Tennessee history events, tips on Tennessee research strategy, outline of major immigrant groups, and more. Also included are links to websites and resources covering vital records, church records, census records, as well as general Tennessee resources. This handy 8-page PDF guide can be used on your computer or mobile device for anytime access.
Tennessee derives its name from the Yuchi Indian word “Tana-see”, meaning “The Meeting Place.” After reaching a population of over 60,000, Tennessee became a state on June 1, 1796. Some settlers moved on to Arkansas, Missouri, Texas and Oklahoma, while others remained to help the state become what it is today.
Click here to purchase for 2.95.
Webinar Memberships/Subscriptions
Webinar Members get:
Introductory pricing:
Click here to subscribe.
Register for our upcoming webinars (free)
Click here to register.
Print the 2016 webinar brochure here.
See you online!
Posted by Geoff at 2:41 PM