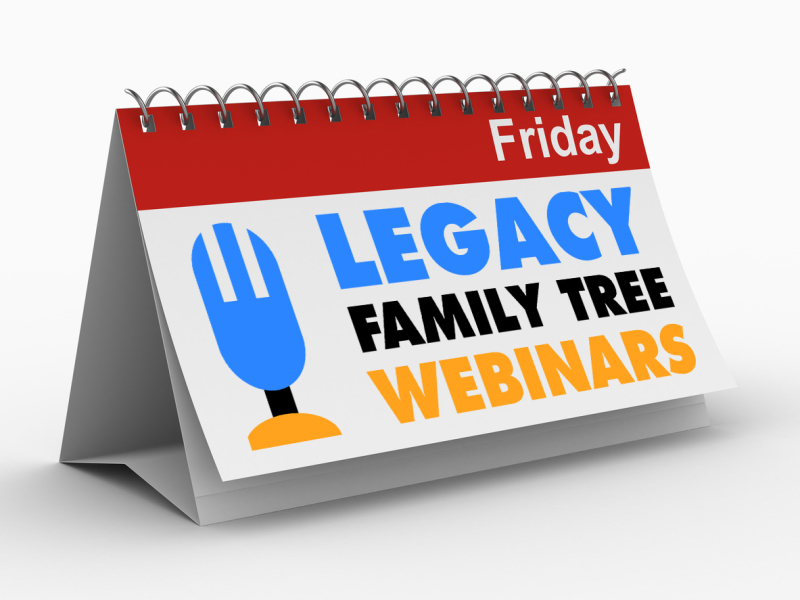 In May 2008, 250 WWI soldiers were uncovered in a mass grave in France and this led to the instigation of a ground-breaking project to uncover their identities via DNA testing, anthropological data and genealogical research. This presentation tells the story of the Fromelles Project with a specific focus on how genealogical detective work has so far helped to identify 166 of the Fromelles soldiers and give them named graves in the first military cemetery to be built in France since WWII. It also tells the stories of some of the fallen soldiers, introduces the "Commemorating The Missing" Project and gives a brief explanation of how to research WW1 soldiers and trace DNA appropriate relatives. 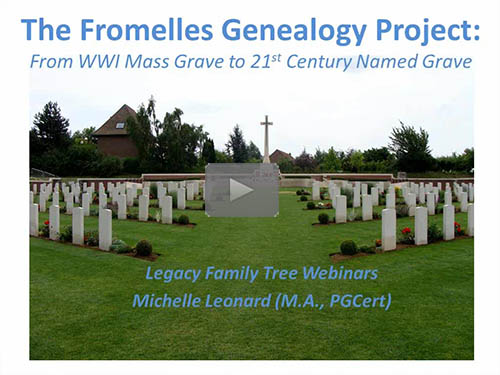 Michelle Leonard is a Scottish professional genealogist, DNA detective, freelance researcher, speaker, author and historian. She runs her own genealogy business, Genes & Genealogy, and specialises in DNA Detective work solving adoption, unknown parentage and all manner of unknown ancestor mysteries with a combination of DNA testing and conventional research methods.  She also undertakes traditional family history research, living relative tracing, historical and television research, the creation of bespoke family history books, article, blog and book writing, tutoring, lecturing, webinars and speaking engagements. She is a regular speaker at major genealogy events such as Who Do You Think You Are? Live, Back To Our Past, Family Tree Live, The Genealogy Show and Rootstech London as well as a co-author of a new book on DNA testing for genealogy, "Tracing Your Ancestors Using DNA: A Guide For Family Historians", which was published in paperback and Kindle formats in June 2019.
Additionally Michelle is the official genetic genealogist of ancestryhour.co.uk and is one of the hosts of the hour itself: #AncestryHour takes place on Twitter each Tuesday evening from 7-8pm GMT and Michelle is usually on hand to answer any #DNA queries that arise. She also spent several years working on the ground-breaking Fromelles Genealogy Project tracking down appropriate DNA donors to identify WWI soldiers buried in a mass grave in France and served as the Genealogical Consultant on the official Fromelles documentary. She regularly works on new historic soldier cases when battlefield remains are found and DNA testing is conducted.
Michelle holds an M.A. in English and Modern History from the University of St Andrews and a PgCert in Genealogical, Palaeographic and Heraldic Studies from the University of Strathclyde. She is a member of the Association of Professional Genealogists (APG), the Scottish Genealogy Network (SGN), the Society of Genealogists (SOG) and the International Society of Genetic Genealogy (ISOGG). You can find out more about Michelle on her Genes & Genealogy Facebook page and you can follow her on Twitter.
See all the webinars by Michelle Leonard in the Legacy library.
Not a member yet?Legacy Family Tree Webinars provides genealogy education where-you-are through live and recorded online webinars and videos. Learn from the best instructors in genealogy including Thomas MacEntee, Judy Russell, J. Mark Lowe, Lisa Louise Cooke, Megan Smolenyak, Tom Jones, and many more. Learn at your convenience. On-demand classes are available 24 hours a day! All you need is a computer or mobile device with an Internet connection.
Subscribe today and get access to this BONUS members-only webinar AND all of this:
It's just $49.95/year.
Posted by Legacy Family Tree at 7:29 AM