This webinar is FREE and OPEN to the public.

A scientist in Ottawa wants to know what his real last name is. The family lore? The great grandfather, Samuel, was adopted by an African-Canadian gentleman, Abraham. The adoptee, Samuel, was the son of Abraham’s wife’s sister. Family photographs of Samuel’s children reveal Anglo-Canadian boys. Taking all the information from a family Genealogy done previously and adding aspects of traditional, forensic and genetic genealogy we will extend the story, finding the truth to this family’s rich history. Along the way we will discover their real identity, and their story, beyond Samuel Gorge and into the dark history early African families in Ontario. 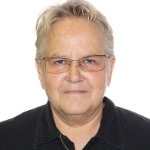 Mags is a Professional Genealogist specializing in Genetic Genealogy as founder of Grandma’s Genes in Ottawa. She earned her Bachelors Degree from Columbia College and became a Leader for WikiTree. She leads the United Empire Loyalist Project, the British Home Children Project, the Templeton and McElmoyle Name Studies, and the McElmoyle DNA Project. Work with WikiTree led to Mags starting Grandma’s Genes in 2016. Mags is a Genetic Genealogy Lecturer, Blogger and a Social Media Maven. She serves as Admin for Facebook groups including the ISOGG FaceBook Group. She is also a member of the Canadian Casualty Identification Team and an Honorary Teaching Fellow at the University of Dundee. 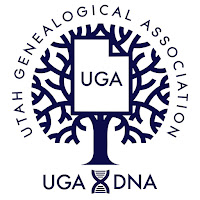 Posted by Utah Genealogical Association at 6:00 AM