Scottish born and Canadian raised, Christine Woodcock is a genealogy educator. When speaking to groups and societies about Scottish research, Christine recognized that a large percentage of the Scots Diaspora had never been to Scotland. To allow researchers the opportunity to research the records in their ancestral homeland, Christine began her business, Genealogy Tours of Scotland. 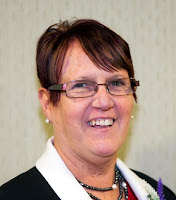 Christine started the Scottish ViC in 2018, the first virtual conference dedicated to Scottish research, enlisting the assistance of her colleagues in Scotland.

When not organizing genealogy research tours to Scotland, Christine lectures on Scottish genealogy, hosts webinars, authors blogs and articles. She is the webinar coordinator for the ISBGFH as well as the organizer of the Society's their Virtual Institute.

Christine is the editor for British Connections, a quarterly newsletter for the International Society for British Genealogy and Family History. She authored Moorshead Magazine's Special, "Tracing Your Scottish Ancestry" Issue which was published in May 2017 and was a co-author for their Heritage Travel issue, released in September 2017. She is a frequent contributor to ‘Internet Genealogy’ and ‘Your Family History’ and their sister magazine ‘History Magazine’ Christine has also been published in History Scotland magazine.

Being a Scottish emigrant, she is fascinated by the stories of other emigrant groups who left their homeland for opportunities in Canada. Her interest is in helping their descendants understand more about their immigrant ancestors and the lives they lived.

Christine is the Course Coordinator and an instructor of Course 1: Immigration to Canada. 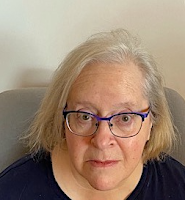 Peggy Homans Chapman, B.Ed., MLIS, PLCGS has been an amateur genealogist, now professional, for over twenty years. She operates Atlantic Ancestors and is a member of the Association of Professional Genealogists (APG) and many genealogical societies. Peggy particularly enjoys the education aspect of genealogy, both informal and formal and has presented on topics ranging from genetic genealogy to Canadian immigration. 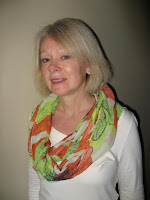 Carolyn Heald authored The Irish Palatines in Ontario: Religion, Ethnicity, and Rural Migration, and co-edits the Irish Palatine Association Journal. She is a director of the Ontario Genealogical Society’s Irish Palatine Special Interest Group and a recipient of the Eula C. Lapp Award for significant contributions to Irish Palatine genealogy.

Lianne Kruger is a professional genealogist and speaker specializing in Canada, homesteading for U.S. and Canada, video recording family history, and using technology in all aspects of genealogy such as Evernote, Google Maps, and Social Media. She is a member of the board and communication director for mitoYDNA.org. She is on the Ancestry.ca advisory board and is the webmaster, database and social media chair for Alberta Genealogical Society (AGS). She previously served six years as 1st VP of AGS and President of Red Deer Branch. She earned the AGS President’s award in 2020. She has earned a certificate and Associate degree in Family History from Brigham Young University Idaho. She earned a computer degree, has taught computer software courses since 1982 and is currently teaching for Red Deer College. She speaks at education conferences on computer software and Makerspaces. 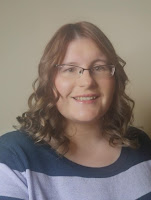 Robyn Morales (Nee Senger), is an active German Russian genealogy volunteer. Members of about 10 organizations and board advisor to 5. By day, a computer tech and mom, by night a genealogist specializing on running online Zoom conferences on German Russian Genealogy  and hunting the hard to find.

Gary Schroder has been the President of the Quebec Family History Society since 1995. He has taught family history courses at McGill University and at Champlain College. He was a member of the former Special Advisory Board of Library and Archives Canada. He has lectured across North America on various genealogical topics and he has been a frequent guest on Canadian Radio and Television answering a wide variety of genealogical questions relating to Canada, Military Records, and the British Isles. 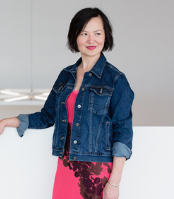 Linda Yip is a genealogist, public speaker, storyteller, writer, photographer, and entrepreneur. She tells you this because she brings all her creative skills to bear on her research. To Linda, genealogy only begins with the BMDs. There is so much more to know about our ancestors. Linda got started in genealogy with her own Chinese ancestry, and she's privileged to be on the Ancestry Advisory Board of Canadian Genealogists. Her skills come from focusing on the particular challenges presented by Asian genealogy, and she has done genealogical research into subjects from Chinese disenfranchisement to Japanese internment. She also enjoys tracking ancestors from British Columbia to Newfoundland, and especially in Saskatchewan, where she currently resides. In her former life, Linda was Executive Assistant to the Firm Managing Partner and Board for an international law firm. She personally assisted dozens of legal teams on major cases. Now she uses those administrative skills to help genealogists organize their finds with Evernote. After all, if you can't find it when you need it, it's the same as not having it at all! Linda a proud member of the Saskatchewan, and British Columbia genealogy societies in Canada, and the Seattle Genealogical Society in the USA, plus the Chinese Canadian Historical Society. She hosts a monthly Chinese genealogy coffee chat on Zoom with the BCGS, and runs a private Facebook Group: Genealogy for Asian Canadians, where she tries to bust brick walls in real time.