New "Bonus" Webinar - The Wives of Fishermen: The Lives of 19th Century Women and the Records They Left Behind by Gena Philibert-Ortega 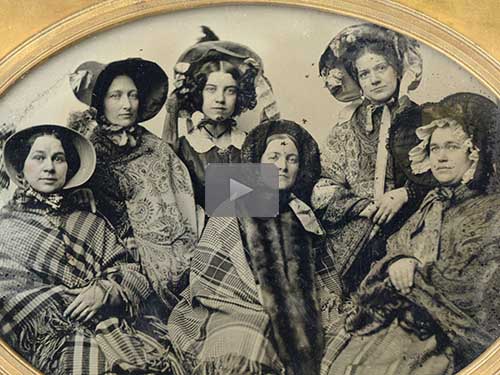 On the last Friday of each month, we're pleased to offer Legacy Family Tree Webinar subscribers a new bonus webinar just for them!   This month enjoy "The Wives of Fishermen: The Lives of 19th Century Women and the Records They Left Behind" by Gena Philibert-Ortega.

The Wives of Fishermen: The Lives of 19th Century Women and the Records They Left Behind

The women of Nantucket are unique. They were “grass widows” who were left to fend for themselves for often years at a time. This situation meant that these women were so much more than “just a housewife.” Using a case study we will take a look at their lives and the records they left behind as well as what 19th century records might record your female ancestor’s life.

Gena Philibert-Ortega is an author, researcher, and instructor whose focus is genealogy, social and women's history. She holds a Master’s degree in Interdisciplinary Studies (Psychology and Women's Studies) and a Master’s degree in Religion. Her published works include two books, numerous articles published in magazines and online, as well as four editions of the Tracing Your Ancestors series from Morsehead Publishing. She is the editor of the Utah Genealogical Association’s magazine, Crossroads. Her writings can be found on her blogs, Gena’s Genealogy and Food.Family.Ephemera as well as the GenealogyBank and Legacy Webinars blogs. She is a course instructor for The National Institute for Genealogical Studies. She has presented to diverse groups worldwide including the Legacy Family Tree Webinar series. Her current research includes women's repatriation and citizenship in the 20th century, foodways and community in fundraising cookbooks, and women's material culture.

See all the webinars and videos by Gena Philibert-Ortega in the Legacy library.
Not a member yet?Legacy Family Tree Webinars provides genealogy education where-you-are through live and recorded online webinars and videos. Learn from the best instructors in genealogy including Thomas MacEntee, Judy Russell, J. Mark Lowe, Lisa Louise Cooke, Megan Smolenyak, Tom Jones, and many more. Learn at your convenience. On-demand classes are available 24 hours a day! All you need is a computer or mobile device with an Internet connection.

Posted by Marian Pierre-Louis at 6:03 AM